Every once in a while I see something that makes me think, smile and appreciate the little things. What I just have to share today is one of those things.

On October 18th, I went to a conference She Streams and there was this cool and nice guy there. As he sat there playing with his young child, neatly and casually dressed I thought he was another attendee, but he wasn’t, he was actually a speaker. I said hello, sat down and listened attentively to what he had to say, having no idea what an amazing wealth of knowledge he would share, nor could I imagine what kind of impact what he shared would have on me. 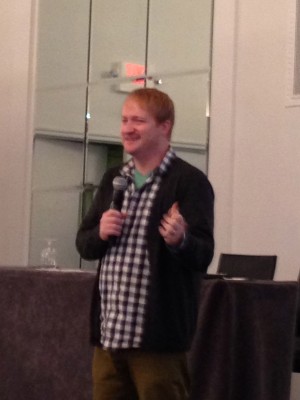 With millions of views on YouTube, a meeting with the president, tons of social media followers and a gargantuan story, it was far from that now. Brad Montague is the guy behind Kid President!

Just in case you haven’t seen his videos yet, Kid President, Robby Novack is this cute little 10 year old kid. Whether he is sitting behind his own oval office emblem, interviewing the President of the United States, Beyonce, or he is just making us smile, he just knows how to make life just a little better. Kid President dresses in a suit and he shares things that make you think, make you smile, but ultimately he shares things that matter. #socktober

I ran into Kid President completely by accident someone showed me one of those videos, and I was hooked. Brad Montague and Robby Novack are behind those cute little videos, and Brad is the one who shared with us on Friday.

Brad shared a lot, but here are just a few things that I took away from his talk that I thought I would share with you.

1. Start With Fun. These videos are fun, funny, but they are also meaningful. Each one has a purpose and each one convey some type of message. Whether they are talking about #socktober, which is a movement you NEED to check out or they are sending out an encouraging word, they are all fun. (Socktober, where they are asking YOU to give necessity items like socks to the homeless population in your own community.)

2. If You Believe You Can Change The World Guess What You Can. A crazy idea, cute videos, cute kid, a great message, the example is one of many. They tried something completely new and different, and it worked! Those crazy ideas that we often get may feel totally unrealistic to some, but if you BELIEVE they can change the world, or make it a better place to live and grow, guess what they probably will. Do it!

3. Know Your Why And Stick To it! Brad shared some of the things that he had to think through after Kid President started to sky rocket. He had to leave money on the table, and he had to walk away from some great opportunities because they didn’t line up with his values. Lesson here is make sure you know your why, get focused on it, remember it, share it, and stick to it. When the trophies come, remember it was never about the spoils it is all about the why!

4. Lastly, Savor The Journey. I asked Brad how he made sure that he took in the precious moments that he was experiencing, and he said that Robby helps a lot because all he really wants is to be with him, and hang out. That cute face, and fun and infectious laugh that Robby has probably makes keeping things in perspective very easy. Ultimately though, it is about choosing to stop and smell the roses.

So I encourage you to check out #Socktober, and think about how you can help. Tweet about the cause, share it one your Facebook pages, and on YouTube, but most of all get involved. Lastly, there is only one you, and you were made as one unique addition to this world. You were meant to be a game changer, so how are you changing the game! You were made to shine, not sparkle. Leave your imprint on this world, don’t just come and go!

Before I sign off… I am asking you to do something “GREAT” support #Socktober! Help someone who needs YOU!

Please go to Http://www.championsforkids.org/socktober and report your actions… we are trying to get 1 million pairs of socks….

Aida Ingram is a mom, writer, entrepreneur, coach, techie, designer, the CEO of An Inspired You, an integrated marketing company, and the founder of Girlfriends With Goals. She loves discovering new things, traveling, great food, and enjoying life Google Facebook Twitter Instagram

Welcome To Girlfriends With Goals 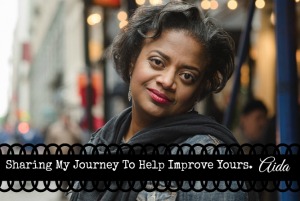 Aida Ingram is a mom, writer, entrepreneur, coach, techie, designer, the CEO of An Inspired You, an integrated marketing company, and the founder of Girlfriends With Goals. She loves discovering new things, traveling, great food, and enjoying life Google Facebook Twitter Instagram http://www.girlfriendswithgoals.com/about

What We Are Eating

I am committed to doing a better job of taking care of me, that means I am COMMITTED to making some real changes.  Over the past ten years, I have made a number of positive changes that I can celebrate. I eat clean as often as possible. I eat more fruits and vegetables I  eat…

END_OF_DOCUMENT_TOKEN_TO_BE_REPLACED

Want Us To Review A Product Or Service

Contact us at info(at)girlfriendswithgoals.com. We are located in the Tri-State Area (Philadelphia, New York, Delaware, New Jersey, New York), but we are available for events nationwide. We also do interviews, announcements, trade shows, media & travel tours& reviews all over the country.

Stories You Don’t Want To MISS

I love Doc McStuffins and what she represents.  I can still remember watching little girls run up to her with tears in their eyes.  A few years ago, I had a chance to attend the Doc McStuffins Mobile Tour when it came to New York. The theme, “So Much You Can Do… To Take Good Care…

END_OF_DOCUMENT_TOKEN_TO_BE_REPLACED

I Started Watching Cartoons Again! Why I’m Excited About The Doc McStuffins Doc Mobile Tour? When I was young we had cartoons like the Smurfs, Fat Albert, and Bugs Bunny, and now that cartoons are way more advanced let just say I wasn’t all that impressed with some of the choices that were available. The…

END_OF_DOCUMENT_TOKEN_TO_BE_REPLACED

“If you don’t care where you end up, it doesn’t matter which way you go…” There are a few things that I have found over the years, and one of them is the interesting formula behind success. Some people work their whole lives and never attain it, others end up in the middle, and then…

END_OF_DOCUMENT_TOKEN_TO_BE_REPLACED

More Posts from this Category 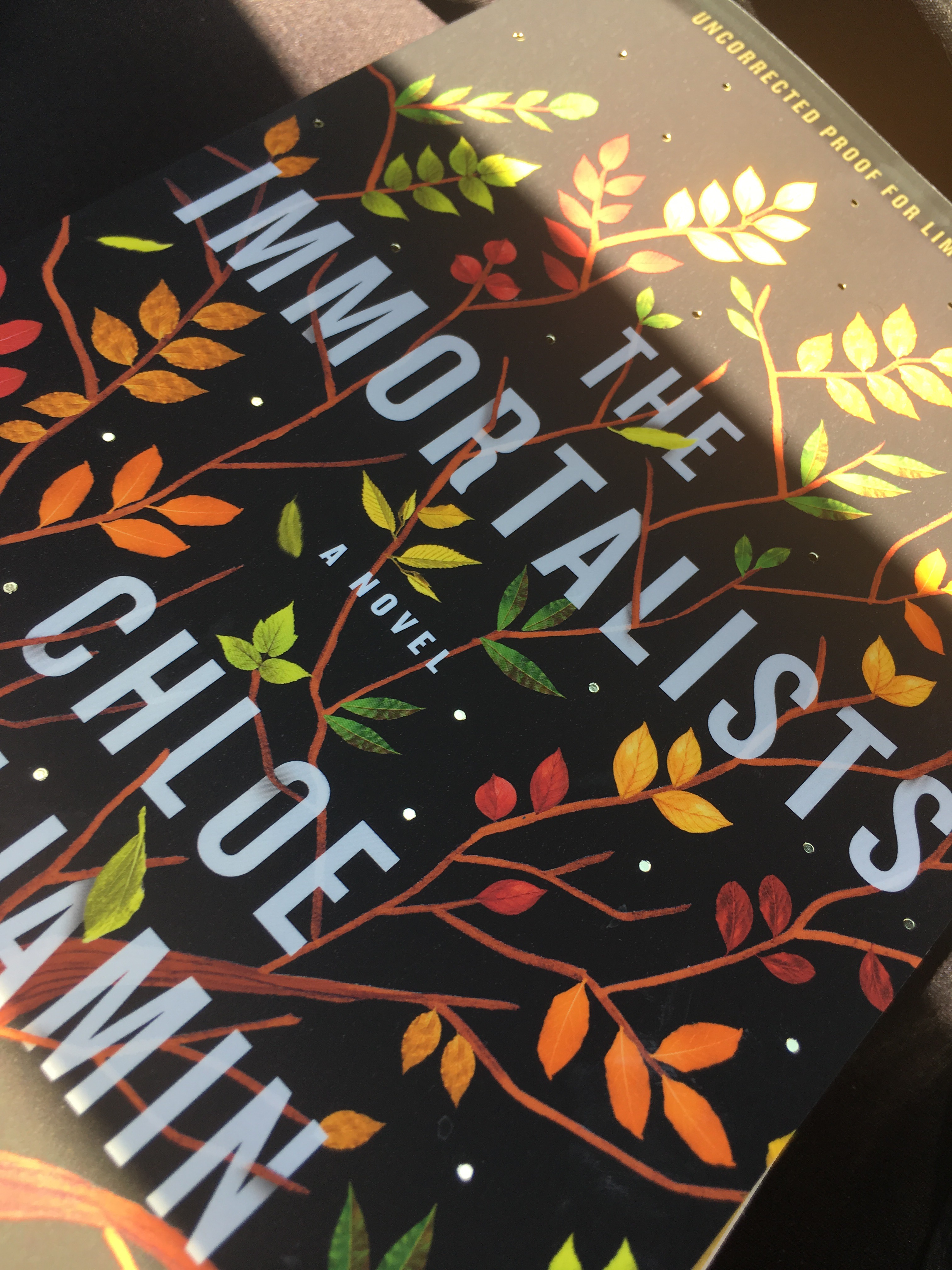 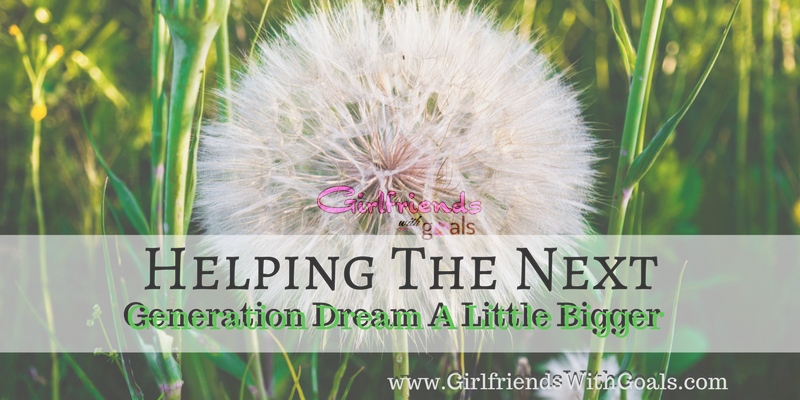 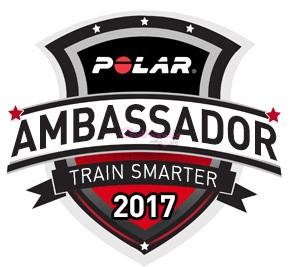